This winter’s weather it waxeth cold,
And frost it freezeth on every hill,
And Boreas blows his blast so bold
That all our cattle are like to spill.

At Lehman College, Spring classes have been underway for almost a month. In this semester, “Spring” is a misnomer. At this point in time, probably more than a few students (and perhaps even staff) are entertaining visions of wind sand and an endless stream of waves gently rolling to shore, one after another in remarkably precise rhythm. With perhaps a little dose of imagination, that vision can be crafted to fit the current February. A seemingly perpetual blanket of snow plays the role of the sand, and a succession of waves of Arctic air originating in a region stretching from Siberia to Canada’s Northwest Territories fits the part of the surf.

Some highlights through February 21st: 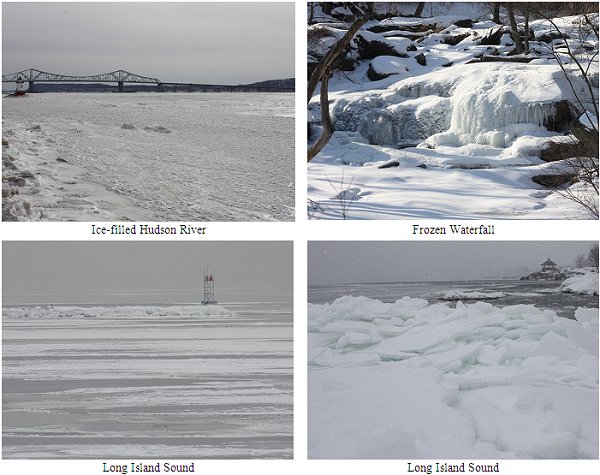 Despite the sting of Jack Frost’s icy breath this February, winter is filled with hidden beauty for all those who seek it. One example of late is a magnificent sunrise over ice that would have satisfied a range of artistic tastes. 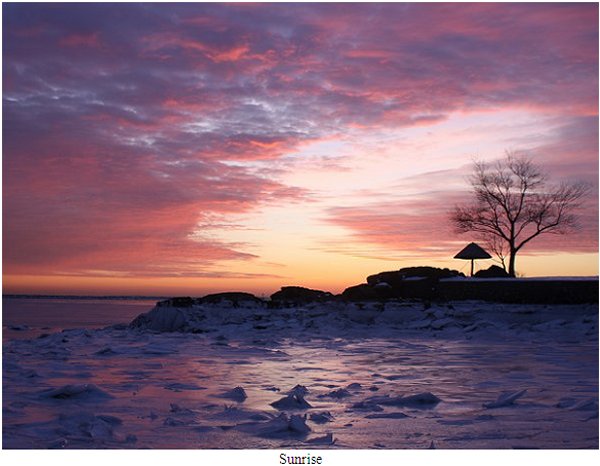 In the meantime, another Arctic blast is rolling into the New York City Metro Area. Right behind it, another one is following closely on its heels.