During the past few days, another epic heatwave fried parts of North America. This time, the extreme heat was centered on the western United States, particularly parts of California, Nevada, and Utah. During that time, California’s Death Valley recorded the highest reliably measured temperature on record worldwide.

Death Valley has seen an increase in extremely hot days in recent years. At the time this blog was published, Death Valley was near its record of 10 125°F days during an entire year. Select statistics for Death Valley are below. 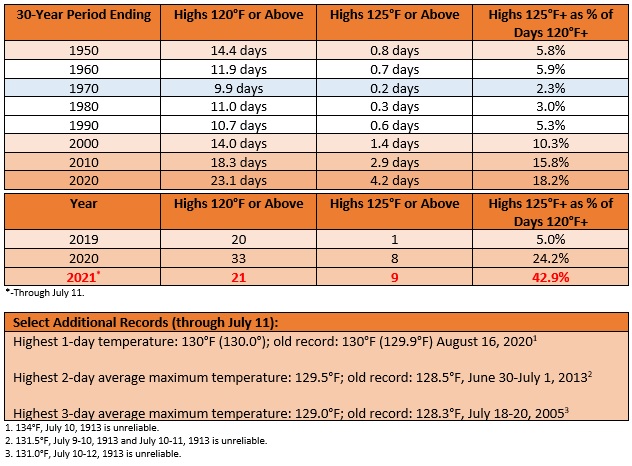