2015 has been visited by evil on a number of occasions. France has suffered greatly.

In January, France mourned the brave cartoonists of Charlie Hebdo who lost their lives simply because they chose to exercise their inherent right of free speech. A Jewish supermarket was also attacked.

Now, as the year nears an end and the joyous Hanukkah and Christmas holidays approach, Islamist terrorists have again inflicted their deadly and barbaric savagery on the people of France. In doing so, they trampled human dignity, along with the most basic and inalienable right of people, that of one’s own life.

In the wake of this enormous tragedy, all good people everywhere should stand with France and her people. Despite the barriers of geography, we should all be French in spirit, if we are to truly be part of the global human family.

On this day, many in France, Europe, and beyond, took a moment of silence to remember Friday’s victims. Every person who embraces the most basic humanitarian principles mourns those who lost their lives in Paris. The French people are an integral part of the world’s human family. That family has suffered an incalculable loss.

In the days, weeks, months, and even years ahead, the world will need persistent and unwavering courage. Supported by all good people everywhere, the world must have the courage to face down the extremists who aim to take the lives of the innocent as a sacrifice to their monstrous ideology and in pursuit of their repressive goals.

If that courage is lacking, human progress will be in retreat. Everything good about humanity will be put at risk. With steadfast courage, the darkness of evil and its perpetrators will recede.

At the same time, there will be some who attempt to exploit France’s great tragedy for their own ends. Some may attempt to blame Islam or Muslims without differentiating between the radical Islamists responsible and the much larger community of ordinary Muslims. Some may even try to exploit the attacks to advance their own local political or ideological agendas that would otherwise gain little traction except when irrational fear is permitted to crowd out enlightened reason. For example, according to an article published in The Washington Post, one such individual attempted to connect “Dreamers” (undocumented students who are pursuing higher education in the United States) to the attacks, tweeting to ask how one says “‘Dreamers’ in French.” While the tweet might not have been intended to be literal, it almost certainly was designed to create an association with “Dreamers” and danger of terrorist attacks.

In the end, the world must not forget Friday’s terrible events. But with such courage coupled with intellectual integrity, the human family will survive. Over time, additional chapters of the remarkable and continuing story of human progress will be written.

Today, my thoughts, condolences, prayers, and heart go out to France, her people, those who were hurt or killed in the attacks and their families. 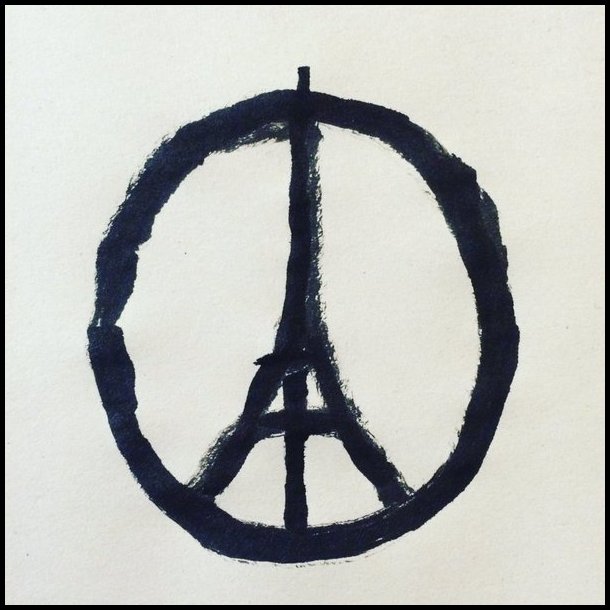