The seasonal journey continues deeper into the fall. During the weekend, three giant pumpkins arrived at the New York Botanical Garden with each behemoth weighing in at more than 2,000 pounds. The largest pumpkin weighed 2,554 pounds. It was grown by Scott Andrusz and set a New York State record for weight. The world record is 2,702.9 pounds.

Overall, it was a festive afternoon at the Garden. There was a Halloween parade and music. There were numerous educational and fun activities centered around plants and pumpkins at the Children’s Garden. Elsewhere, chrysanthemums were in full bloom, both inside the Enid Haupt Conservatory where a chrysanthemum show is ongoing and outdoors. Around the sage, there was an emptiness, as the hummingbirds have now departed on their annual migration to Central America. 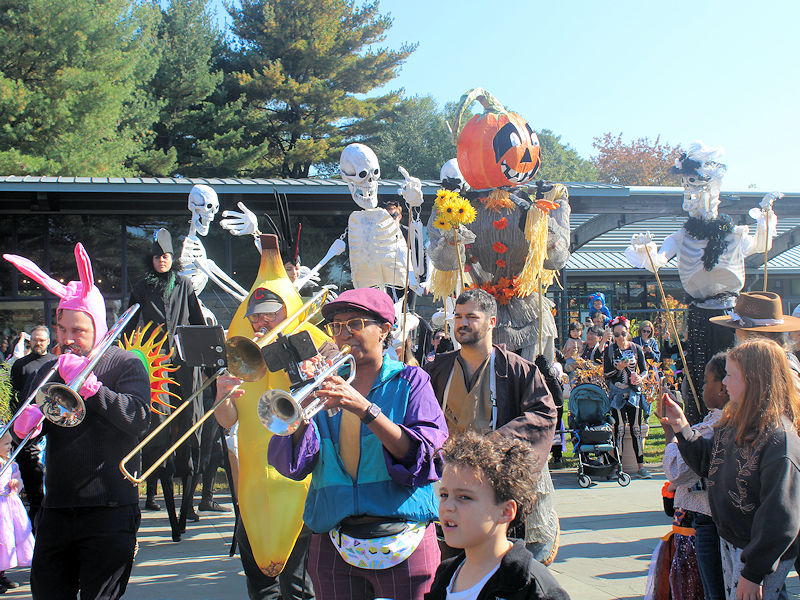 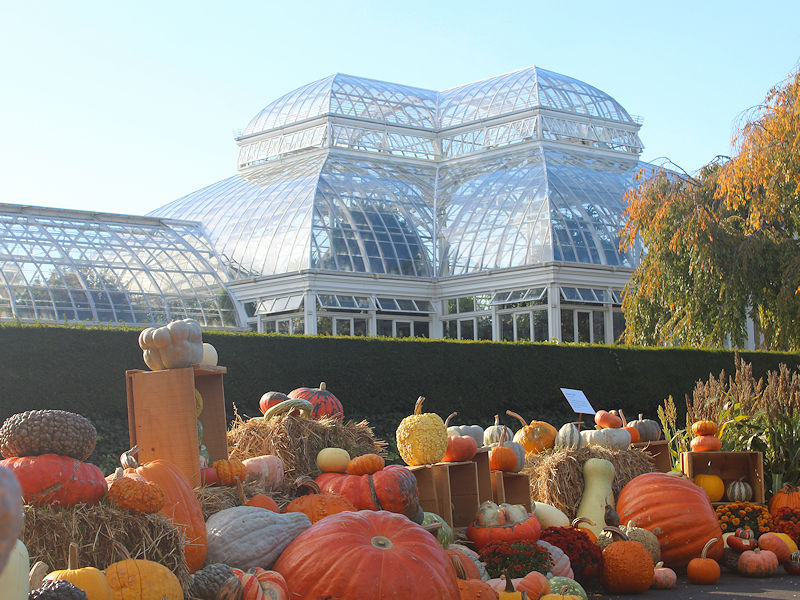 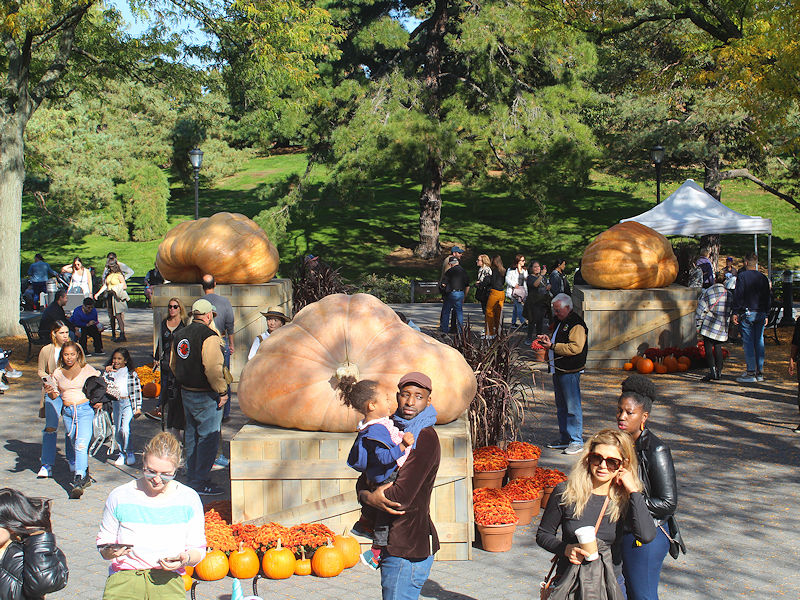 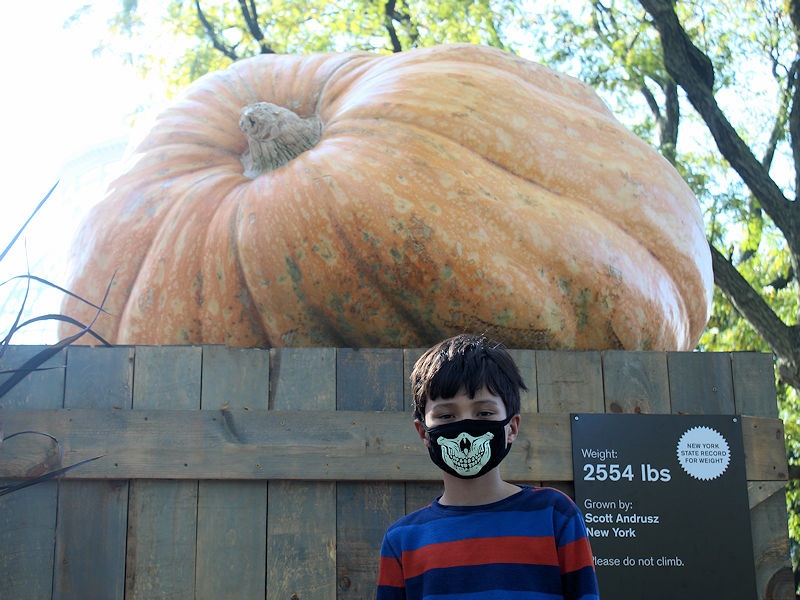 Standing in Front of the Garden’s Biggest Pumpkin