Numerous 100° or above readings were recorded during the heat wave in the South. Some of those temperatures surpassed the records set on October 2.

The highest temperature anywhere was 105°, which occurred on October 3 at Pelion (0.8 NW), South Carolina. 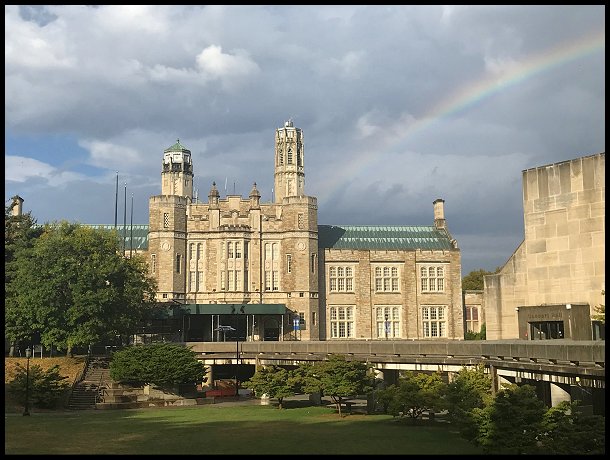 Rainbow following heavy showers late in the afternoon of October 2